SOCIO-ECONOMIC ANALYSIS OF THE VALUE OF F-GASES

In 2022, EFCTC has commissioned the consulting company Ricardo to undertake an independent Socio-Economic Analysis (SEA) of the contribution of certain fluorinated gases (F-gases) to the economy and the wider society. In early 2023, 5 countries (DK, NL, DE, NO and SE) will submit a new proposal to restrict PFAS that will likely include many F-gases, although the extent of this restriction is yet to be entirely defined and can still change along the consultation process.

The intention is to submit the SEA to European Chemicals Agency (ECHA) during the public consultation planned for 2023, to be made available to the Committees in the context of their opinion-forming process on the proposed restriction.

The study conducted by Ricardo has covered 10 F-gases that are expected to be covered by the PFAS definition used for the restriction proposal. Several of them represent low-GWP alternatives to other substances that are being phased down via other EU regulations. In such context, the restriction could cause unavailability of refrigerant substances, thus potentially compromising the EU Green Deal and REPowerEU decarbonization goals.

The analysis presented in this report is based on evidence gathered from desk-based research from literature and public statistics, and from consultation responses from the surveys of F-gas producers and importers, as well as downstream users. 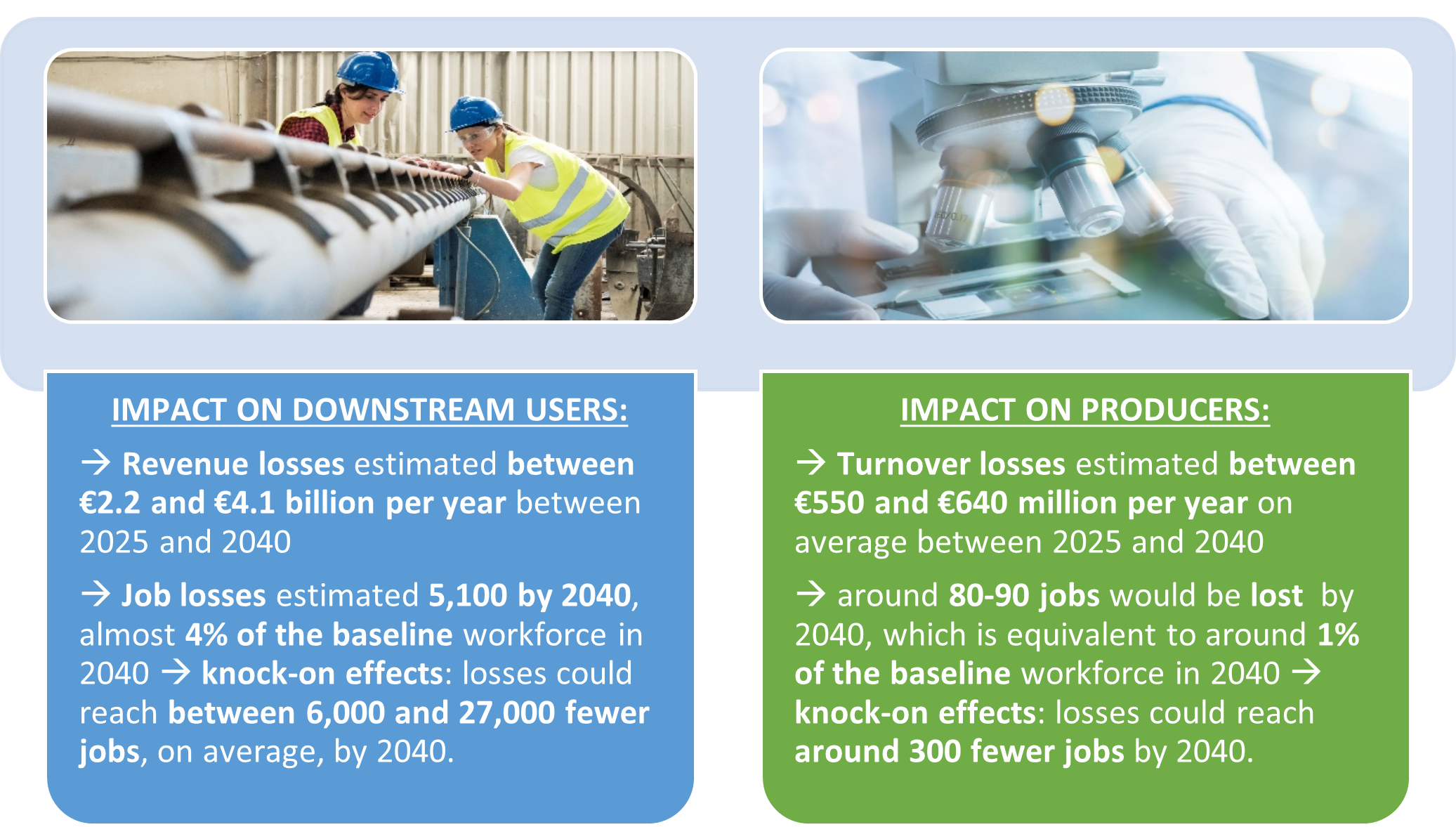 The losses for downstream users would result from products containing F-gases no longer being allowed to be placed on the market. Additionally, a potential PFAS restriction would limit access to F-gases to service the millions of pieces of equipment currently already in operation throughout the EEA.

Moreover, according to Ricardo’s study, the restriction of all F-gases could disrupt the transition to lower-global warming potential H(C)FOs and could undermine the EU Green Deal ambitions, since H(C)FOs are efficient, use less energy and have low overall greenhouse gas emissions.

You can find attached a more extensive summary of Ricardo’s Socio-Economic Analysis (SEA) of the value of F-gases.

You can also request the full report by filling this form.

Following this successful project, EFCTC has decided to launch a new and more detailed study to collect further information on the F-gases sector to be submitted to the relevant authorities in the context of this upcoming restriction - Read more about the EFCTC Risk Management Options Analysis (RMOA) study.