In this round-up: F-gases worth more than €10 million seized by EU cross-border and multi-agency action; Over 8,000 air conditioners and heat pumps without the necessary F-gas quota seized by Dutch authorities. More information about illegal trade is available at Stop illegal cooling - EFCTC.

F-gases worth more than €10 million seized by EU cross-border and multi-agency action: Between 20 and 25 September 2021, Europol supported a Joint Inspection Week targeting the trafficking of fluorinated greenhouse gases (F-gases). 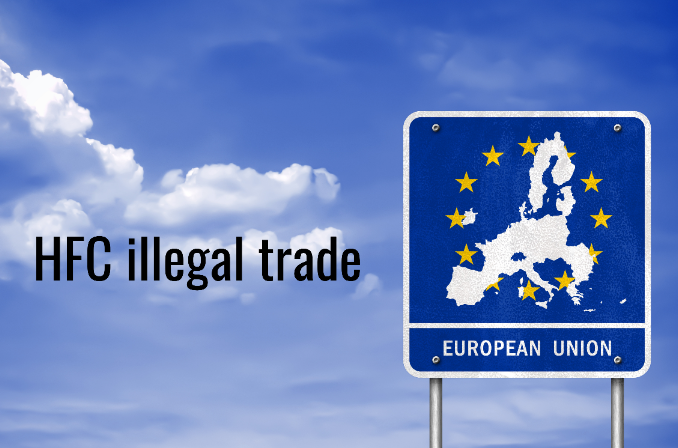 Led by the Netherlands, the actions involved 16 countries as well as the European Anti-Fraud Office (OLAF). Conducted within the framework of EMPACT, the inspections focused on the identification of possible illicit imports of F-gases into the European Union, the detection on illicit F-gases placed on the EU market, and their importers. The systematic exchange of operational information and intelligence information between law enforcement authorities, customs and surveillance market authorities enabled the identification of hotspots and targets.

Europol facilitated the information exchange, coordinated operational activities and provided analytical support. Europol will further analyse the information gathered during the inspections to support countries in follow-up investigations and provide them with more intelligence on the criminal landscape of this illegal trade within the European Union.

Over 8,000 air conditioners and heat pumps without the necessary F-gas quota seized by Dutch authorities:  Two companies illegally imported the units containing HFCs from China into the European market in the past two years without an allocated quota, required under the F-gas Regulation. Penalties have been imposed on the companies. See Cooling Post for the complete news.