The UBA press release “trifluoracetic acid from fluorinated refrigerants contaminates rainwater” [1] provides no information on the levels of TFA in rainwater, the forecast levels due to continued use of fluorinated refrigerants and how they relate to the UBA drinking water health guidance value of 60 μg/L and a target value of 10 μg/L.  The UBA Report [2] referenced in the press release provides more relevant information but acknowledges that, in a scenario of maximum future us 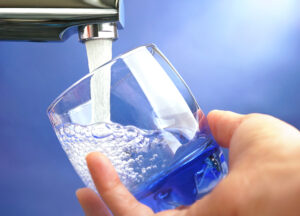 e and emissions of halogenated substitutes, the adoption of technical developments or measures that could improve the tightness of the systems or measures to increase the recovery rates were not taken into account under this maximum scenario. Clearly, this would lead to the study significantly overestimating likely emissions of halogenated substitutes and hence TFA deposition.

Recently the Federal Environment Agency UBA issued a revised guidance value for TFA in drinking water [3], based on improved toxicological studies availability for trifluoroacetate salts. This sets a drinking water health guidance value of 60 μg/L and a target value of 10 μg/L.  The UBA was able to set a toxicologically justified LWTW for drinking water. The LWTW of 60 µg/L is based on the life-long tolerable daily intake of TFA via the drinking water (assumption: 2 L per day), in which no harm to human health is to be expected. This guideline replaces the health orientation value (GOW) of 3 µg/l (maximum values ​​that apply if the toxicological data is incomplete).

The UBA Report details a rainfall study using a nation-wide field monitoring network including eight sampling sites that were established in Germany. At each site, precipitations samples were taken over the duration of two years and were analyzed for trifluoroacetate. The aim of this monitoring effort was to quantify the current annual wet deposition of trifluoroacetate in Germany. The study reported the precipitation-weighted average trifluoroacetate concentration of all individual samples was 0.335 μg/l February 2018 to January 2019. It should be noted that this is considerably less than the guidance value 60 µg/L and target value 10 μg/l for drinking water. The UBA press release states that rainfall concentrations of trifluoroacetate have risen sharply since the 1990s. Measurements for Germany reported for 1995-1996 are 0.1 & 0.11 ug/l mean TFA concentration in rainfall.

The UBA report acknowledges that in a scenario of maximum future use and emissions of halogenated substitutes technical developments or measures that could improve the tightness of the systems or measures to increase the recovery rates were not taken into account under this maximum scenario. This approach is clearly misleading as continued improvements in technology, reliability servicing and maintenance have been evident throughout the historical refrigerant transitions. The model used to project emissions has been strongly criticised in the context of the F-gas review [8].

It appears that the transition to electric vehicles by 2050 has been considerably underestimated in the model [10].  Forecasts [11] suggest that by 2040 all new car sales globally could be electric.  Therefore, by 2050 as older vehicles are scrapped, the EU vehicle fleet will be virtually all electric. Forecasting emissions of HFO-1234yf through to 2050 based on 2010 technology emission rates and when the mobile air-conditioning technology is undergoing a major transition is problematic and unhelpful.

Electric vehicle air-conditioning and heat pump systems will as a minimum have electric compressors without shaft seals, unlike mechanically driven compressors. For conventional cars, the compressor shaft seal is responsible for abo

ut 50% of the refrigerant leakage rate [12] for new vehicles and is a source of increased leakage in older vehicles. Electrically driven compressors, as they do not have a shaft seal, will result in decreased emission rates for new vehicles, and throughout the vehicle lifetime as there is no associated aging factor due to the absence of the shaft seal. Other technology changes may further reduce emissions.

End of life recovery depends to some extent on the remaining refrigerant charge, which in turn is highly influenced by the leakage rate, and therefore the presence or absence of a compressor shaft seal. The requirements of the circular economy will prioritise reducing and reusing materials before recycling them. In the context of refrigerants HFO-1234yf can be reused following cleaning processes.